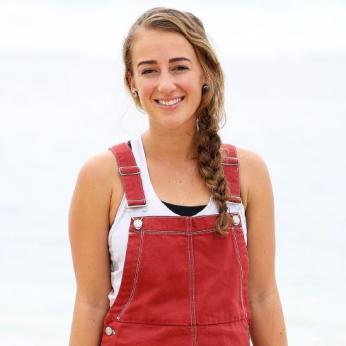 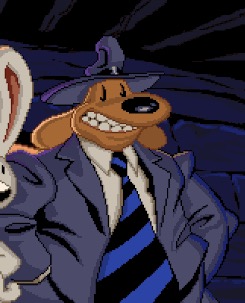 Which Sam is the better detective?

Finally we see some Asaga. I was getting sick of seeing cookies whenever we checked in with them. But now there’s some action on our hands. Well at least as much action as you’re going to get when the votes are split 9-2. Anyway, let’s make like Tara’s mental fortitude and break (it) down.

OK, in the past I’ve spoken at length about where I stand regarding throwing challenges, so I won’t dwell on it too much. Generally speaking, I think throwing challenges is a stupid move. It rarely works well. It’s especially unnecessary when there’s likely a merge/shuffle around the corner. What exactly were Zenry’s motivations for doing so? Was it because he felt Sam was on to him? We know from a few episodes ago that Sam certainly didn’t trust his alliance with Jacqui. Which is on his own head for making his alliance too obvious.

So if he was worried about Sam outing him as a more strategic player than he’s purporting to be, is the answer to that to strategically mastermind her shafting? Sounds counterintuitive to me. To be fair though, we didn’t actually see him pulling the strings. How exactly did word get around, does he have his own troops to do that bidding? (Incidentally where is Jericho’s cookie army?) If he did manage to make this happen without putting this target on his back, then he’s a better player than I give him credit for. Also, why is it that we say people put a target on their back, when it’s their head that ends up on the chopping block? Methinks it’s about time we started using some less stale Survivor cliches.
Back to the gameplay. Not only did he throw the challenge but he did so by putting himself in the clutch position at the challenge. Now that’s really playing knifey/spoony with your balls (maybe that will catch on #testicularknifeyspoony).
However with such a landslide victory it’s possible that Zenry was pretty certain that he had the numbers, making throwing the challenge less of a risk for him. Still, I’m not convinced the reward justifies the risk. If it was so easy for Zenry to turn the tribe against Sam, I don’t suspect that Sam would have done been able to turn the tribe against Zenry had their tribal council appearance come three or six days later. So again, not worth the risk. Asaga is also left with a pissed bulldog in ComMarkdo (eh, not sure I’m feeling it). 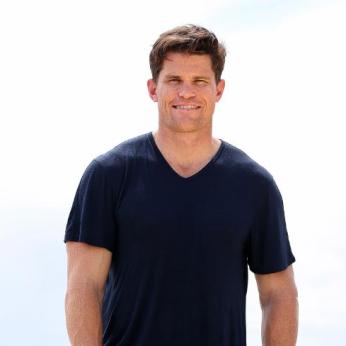 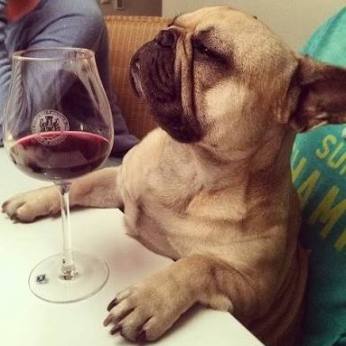 The resemblance is uncanny

But was it the best move to vote Sam off if they had gone to tribal without the challenge being thrown?

From the POV of Sarah, Kent, Odette, Ben, Luke and Michelle, I’m going to say yes. They get to be rid of a big strategic threat, and are left with any possible revenge dart being thrown squarely at Zenry and Jacqui or maybe Jericho. This is of course based on a BIG assumption that it was these three that did the leg work to send the vote Sam’s way. If Zenry was able to make that vote happen without it making him look like he was pulling the strings, then it was a good choice well-played (challenge throwing notwithstanding). It seems though, based on the preview for tomorrow, that ComMarkDo wants revenge on Zenry, so perhaps he was not so furtive at all.

Where does Mark go to from here? One thing that seemed clear throughout this episode and in previous episodes was that the reason why the tribe wanted Sam to go had little to do with Mark himself. As the tribe may have seen the Smark alliance as a threat, they now see that power structure dismantled. I don’t get the sense that Mark is now on the outs with the tribe, at least not yet, so I don’t feel like he’s in a fight for his life. He has his physicality going for him. He’s a boon in challenges. I do think he may have come off a little too sharp in his interrogations pre-tribal. He’ll want to downplay that going forward. There’s lots of other people, eg Michelle and Ben, that are likelier candidates to be sent home next tribal should there be one for this Asaga. All Mark needs to do is downplay his strategy, play up his assets (not a euphemism), and let one of those guys take the fall. Unfortunately for ComMarkDo, much as it was for his namesake Arnold Schwarzenegger, it appears that emotions and a quest for revenge will now fuel his motivations. That is not the way to play smart Survivor. That’s not to say it won’t work. It may. Personally I don’t see any motivation for the rest of the tribe right now to flip on Zenry and side with ComMarkDo. Is there a way Zenry can deflect this attention? Guess we’ll see Monday night.

There was some nice gameplay from a few others tonight too. I liked that Kent knew that Mark knew that he was lying. I think anyone would know he was lying, the amount of “honestly”s and “actually”s that were dribbling out of his mouth.
Similarly for Sarah. Though she was somewhat more believable, there was some long eye contact there when she was copping a Mark drilling (not a euphemism), and she suspects too that Mark knew she was lying. I do think that she seemed more genuine with Mark, and her relationship is still good enough that she can reassure him in the future if need be. I do suggest however that both Kent and Sarah approach ComMarkDo once they’re back at camp to stay in his good books and keep their options open. I don’t feel that doing so could weaken jeopardize their position in the tribe given that both Ben and Michelle are still around. Who knows what Ben and Michelle’s best play from here is. They must both be feeling the pressure, I just don’t quite understand how they have ended up on the bottom. If I knew a little bit more about their position in the tribe I might have advice for them. But as it is the only advice that I have is that they seem to be loose numbers (#loosenumbers), so they should leverage that in the apparently upcoming Faux-gi vs Special Ops (Zenry vs ComMarkDo) War.

I won’t spend much time with Samatau tonight, as there wasn’t much happening there. T-Bone (Tara) clicked it as we knew she would. Locky, Tara, and Anneliese talked among each other when they should have been finding a way in to the rest of the tribe. They whinged about being “pissed at Pete” (I thought they were saying ‘Pistol Pete’ at first), but didn’t do anything about it. I know I made light of T-Bone’s crying session before. I get it, I can imagine myself doing the same thing in that position. I hope she can lift herself from her funk and fight and give us something more meaty to talk about. I still want her gone, but I do feel sorry for her. Of these three, Anneliese is the only one I really want to see go further. I’d like to know more about what she has to offer. Strategically I have no advice for them different to what I gave them last post.

I must make mention of the BBQ reward. While watching them partake in the reward I had no sooner written the note ‘BBClue’ than AK tells the tribe they should be looking for the clue. Facepalm. Even if you don’t want to be the person to find it, the last thing you want to do is remind everyone of how strategic you are by being the one to mention a clue. Either look for it yourself (surreptitiously), get one trusted ally to look for it, or don’t look for it at all. You just painted a big target on your back. Oh shit, forgot we weren’t using that anymore. I mean, you just stuck a big ‘kick me’ sign on your arse (give me a better suggestion in the comments).

What was Locky’s play when he outed Zenry as being the driving physical force for Asaga at the challenges? My guess is that he was subtly reminding his own tribe that they need his strength if they’re going to win further challenges. Perhaps he also sees him as a threat in the future. I already suspect that it’s hard for Locky not to be the alpha dog, so maybe he’s highlighting the tall poppies to the other tribe in the hope that he’ll be booted before a merge/shuffle. I’d love to hear other’s thoughts on this.

Look at that. I made it through a whole post without making a power bottom joke. Hopefully I’ll get to use it next time. Until then, I’ve got nothing for you. Head back to camp.

(Most memes created by Russell Feathers, most everything else and all gifs Channel Ten)

Russell Feathers needs your help, especially if you’re an aspie. Do you have a knack for finding typos, spelling, or other grammatical errors? Do you love pointing them out? If you’re one of those special people and have found anything above, please let me know here! (Neurotypicals not excluded)